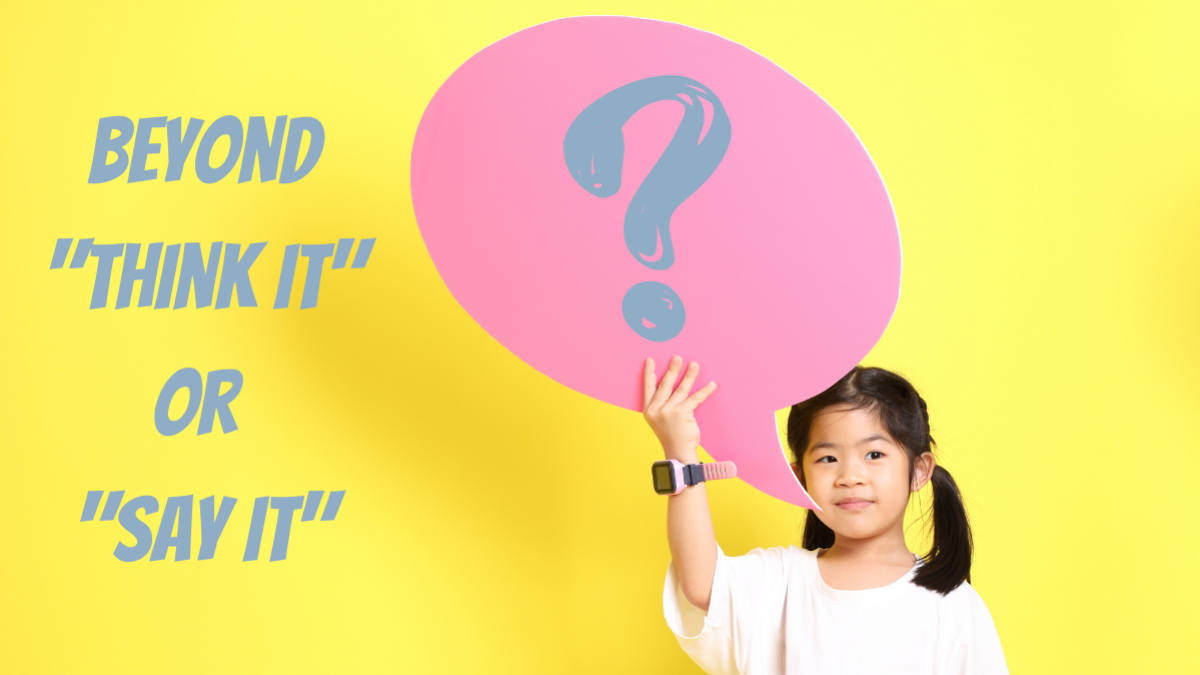 Where is the line between being honest and direct and being just plain rude?

The ability to articulate how you feel and what you think is invaluable. It's a lifelong skill that most adults are still learning.

The challenge is how to say what you truly think but at the same time be mindful of how those words impact the people you're speaking with.

A common activity that is done in Social Skills Groups is "Think it" vs. "Say it." This is when we teach kids how to differentiate between thoughts that they should say aloud and things that they should keep in their heads.

But social skills are more nuanced than that. So I like to add another option which is to "Rephrase it." You can do this activity by having the students take turns picking a statement and then deciding if they feel they would say it as written, keep it to themselves or think of a more considerate way to say it. As with all social skills there is no right or wrong answer. Let the rest of the group give that student feedback so the student can see how their statements land with their peers (the audience that counts the most!)

The last thing we want to teach our students-especially those who already have challenges communicating-is to keep everything in their head.

The key is giving children lots of opportunities to practice expressing themselves so they become more socially confident.

I've made this activity super easy for you to do right away. Click this link to get it! Think.Say.Rephrase